It’s unfortunate that videotape degrades over time. The original footage recorded by MUN Extension Service was sharper and crisper than what you see here. We appreciate the work of the Labrador Institute to capture these videos in digital format before they were lost forever.

These videos were produced in 1991 during the AGM for the Labrador Craft Producers Association (LCPA) and the Visions Labrador Arts and Crafts Exhibition. 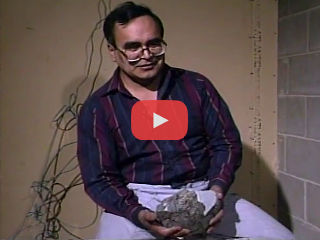 Soapstone carving demonstration and discussion with David Terriak. Part of the Visions Labrador exhibition in 1991. 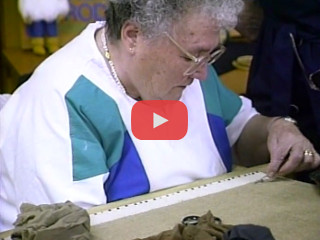 Stella Fowler demonstrates mat hooking. She talks about her materials, how she learned the craft, and making mats for Grenfell. 1991. 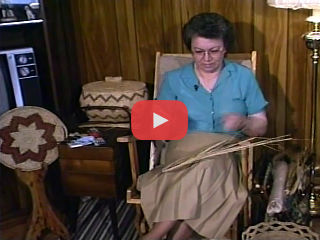 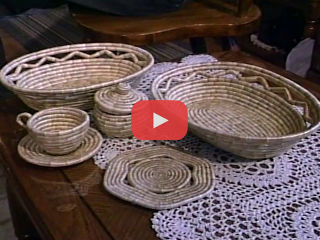 Grasswork demonstration and discussion with Garmel Rich, continued from part 1. 1991. 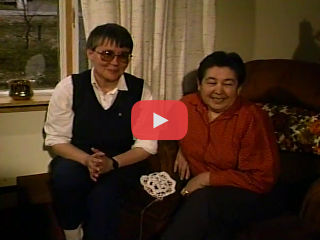 Interview with Doris and Una Saunders

Sisters Doris and Una Saunders talk about Mrs Keddie and crafts in the Sandwich Bay region of Labrador. 1991. 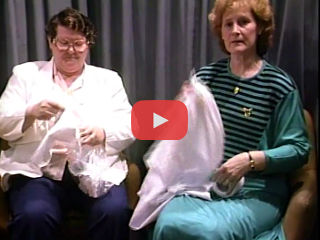 Ruby Cabot and Hazel O’Brien talk about their embroidery and other topics related to the craft industry in Labrador. 1991. 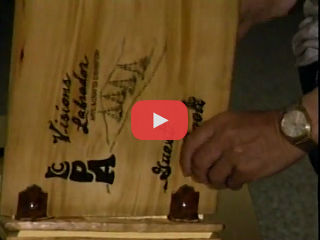 A tour of the Visions Labrador exhibition created in Happy Valley-Goose Bay in 1991.

These videos were produced in 1977, when the LCPA was establishing craft councils in Labrador and setting up their craft shop in Happy Valley-Goose Bay. 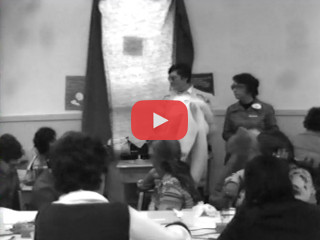 Quality standards discussion about duffel parkas from an LCPA meeting in 1977. In English and Inuttitut. 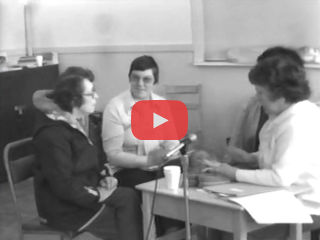 A skit about quality standards from an LCPA workshop. 1977. 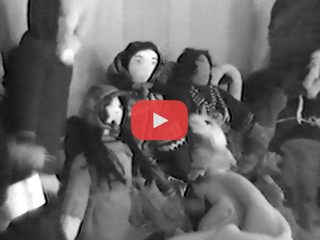 A doll making workshop in Rigolet in 1977. 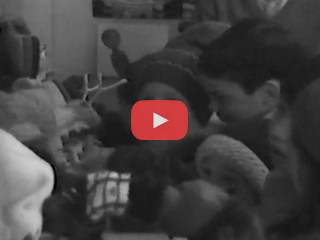 Children looking at the dolls and toys that have been made in the workshop. We also see some grasswork being made. Video ends with a fiddler playing a tune. In English and Inuttitut. 1977. 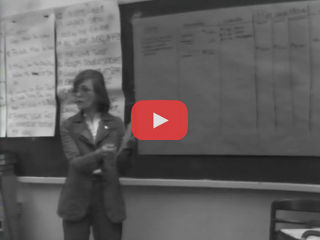 Report from the Straits

Shirley Letto presents a report for the Labrador Straits region at a craft development workshop. Chairperson is Agnes Pike. 1977.

Bill Richie and Gilbert Hay discuss the making of skin boots, parkas and carvings for the outside market.

The video portion of this recording is badly degraded. We were able to salvage a few still images, shown here. You may play the audio below.